Literally as I was going through the entrance into the Edmonton airport I got a text message from the Alaska Airlines representative telling me that our flight to Seattle had been cancelled. Ummmm…this can’t be true…but as I got to the check-in line I see that everyone else got the very same message. Hmmmmm. We stood in this line that literally didn’t move for a good hour before anyone from the Alaska staff came to talk to us. At that point it was obvious that our only option to get anywhere was to change the flights ourselves. I got on the phone and it became a race as to who could get through to an agent the quickest. After talking to an agent and getting somewhere with her, my call dropped and I had to start all over again. I felt like we were on Amazing Race and getting through was like winning the million dollars. Eventually I was able to speak to another Alaska agent and our flights had been rerouted. Instead of flying over the pacific through Seattle we were now going to Dubai via Toronto over the Atlantic on drum roll please… the highly exotic Air Canada! At this point it was a sigh of relief that we would be going at all. If all goes according to the new plan we would be arriving into each airport in the nick of time to catch the next flight. 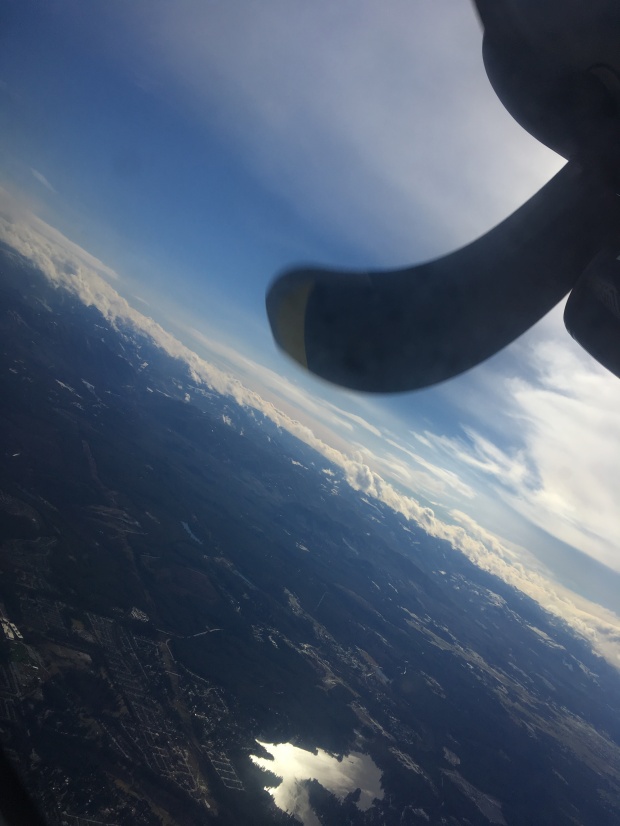 When landing in Toronto we literally had to run to catch our flight to Dubai. We got to the gate just as they were announcing last call. But all was well and we got on. The rest of the flight went off without a hitch right? WRONG! As we were crossing the Atlantic there was some commotion going on and announcements were made asking if there were any doctors on board. By the time we reached Europe it was announced that we were going to have to make an emergency landing in Frankfurt so that we could get this passenger off the plane. As we landed on the tarmac ambulances and fire trucks were there to greet us. It took quite some time for the emergency team to stabilize him so that he could even leave the aircraft. Eventually the man was taken off in a stretcher and the outcome for him seemed touch and go. Later in the flight one of the attendants had verbal diarrhea  and basically spilled the beans as to every detail (Super professional!). This 41 year old man was traveling to Dubai from Los Angeles for work. He wasn’t feeling well before he left but felt he needed to go or else he would lose his job. He has a wife and kids at home and on the plane went into a diabetic coma. The attendant said it was 50/50 whether she thought he would survive. So sad and scary.  Unbelievable!
Although our troubles of missing connections were nil compared to what this poor man was going through we were a bit concerned about missing our next flight. The flight attendant told me she would talk to the pilots so they could contact ground crew and see what they could do. Wow now that’s service! Eventually she came back later in the flight  to tell us that this was her last flight ever and after this she was retiring! Clearly this lady was ready to blow!! She then proceeded to tell us that when she spoke to the pilots about our situation they were a little side tracked because at that very moment when she went to ask them we were flying right over Iraq and I guess air space is a bit touch and go. Holy hell!
So fast forward a dozen hours or so we now arrive in Dubai but our connecting flight to Kochi has already left. Nobody really seemed to know what to do or who should take responsibility for changing our flights since it was originally Alaska Airlines who were originally at fault. Good luck contacting anyone from Alaska from Dubai at 2am in the morning! So eventually a wonderful lady from Emirates went above and beyond to get us our flight to Kochi. Yay Emirates!
Arriving over 5 hours later which wasn’t bad at all considering all the obstacles we had been through we stepped foot on Indian soil! Yay!!!!! The drive to our hotel was nothing short of interesting. At first you probably couldn’t wipe the smile off my face because seeing all the scenes of India flash past us as we whizzed by just sparked a flame in my heart. The outrageous billboards, the men and women carrying loads so massive on their heads, the bright coloured saris, the tropical flowers on the trees, the brightly painted tuk tuks and the men pissing on the side of the road … it was an extravaganza of sights until the motion sickness kicked in. With all the stopping and starting, honking and near collisions my damn gut couldn’t take it anymore. It took everything in my power to try to breathe and not jump out of the moving vehicle to join in with the pissing men so I could yak beside them. When we eventually got to our hotel I must have been a lovely shade of green. But we were here…we finally made it!

Later we met up with our small group of 10. We are doing a tour through Kerala with G Adventures. For those of you wondering what tour I am taking here is a link to G Adventures. This is my 7th time using this adventure company and I highly recommend it to anyone! Our group this time consist of people from U.K. Germany, Australia and New Zealand – all seem super nice, as well as our local guide Selvamouthou. The night was a blur, but nothing wakes a girl up more than crawling into bed with lizard! Who knew I wouldn’t be sleeping alone!
At this point I am just be thankful that I’m here alive, in one piece and ready for this adventure to finally begin! 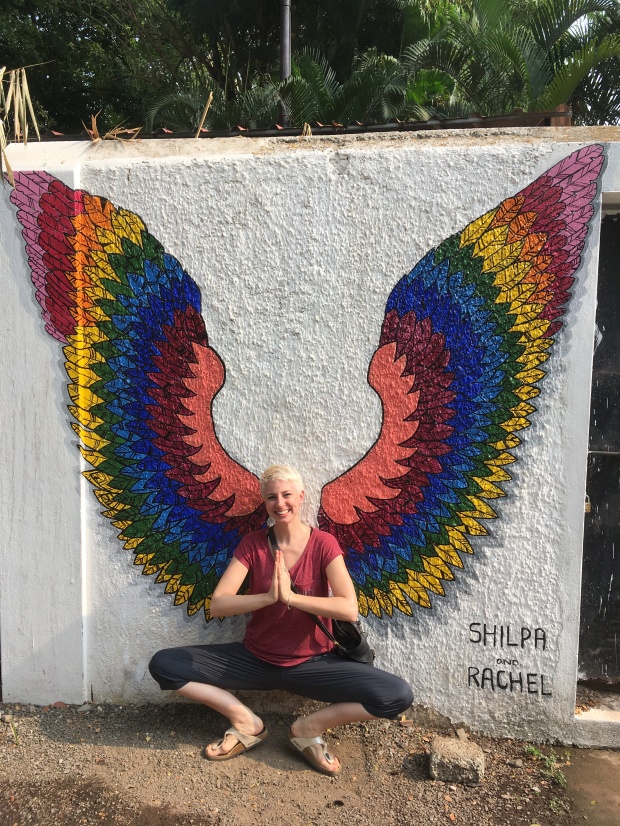