A snapshot of the Dutch Canal in Negombo

Saturday was the beginning of our tour in Sri Lanka. Meeting up with the group is always interesting because one day you are complete strangers and the next you might be sharing a bathroom together. This group is interesting in that there are two distinct age groups – youngish and oldish. We have three couples that are older – some in their 70’s and 80’s!!! They defy all stereotypes and are proof that you’re never too old to travel!

We spent yesterday in Negombo which is a sea side city. Our hotel was right on the beach and Kris and I felt super posh. Our day wasn’t too exciting, but the Indian plague was rearing its ugly head yet again so it was a good day for me to just chill out. Today was the first day on the road as a group and it was jam packed with awesomeness. After driving inland for about 4 hours we reached the town of Dambulla. We arrived just after noon and were treated to have lunch with a local family in the village. First we got on a make-shift raft and was paddled across a lake. 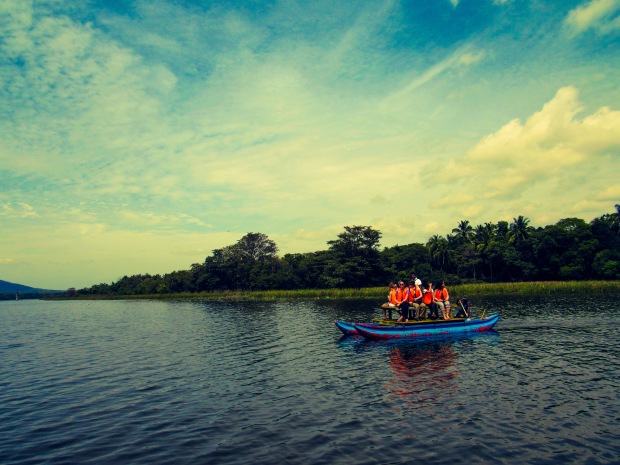 We were then greeted by the host family – the typical Sri Lankan greeting  is placing your hands in prayer near your chest and saying the phrase ‘Ayubowan’; which means peace be with you and may you live a long life. Of course the temperatures outside were easily in the high 30’s so when we entered the home sweating our asses off our guide told us that if we take off our shoes we could see how cool the mud floors were. I was marveling at how cool they really were until he continued to tell us that the structure was built from termite mounds and cow dung…that’s when I quietly slipped my shoes right back on!

The kitchen counter was made of solid mud and rock  with dugouts for burning wood to cook the food. It’s definitely a ‘kitchen’ that dates back hundreds of years. They had over ten dishes prepared for us but saved a few to prepare with us so that we could see how it was made. Literally everything was made by hand and seeing it all in its natural form transform into a delicious meal right before your eyes was almost like watching David Copperfield!

We ate on banana leaves and our utensils were our hands. It definitely is an art to be able to pick up curries and rice with your fingers! I can’t say I mastered it, but I succeeded enough that I was happy to go back for seconds. A lot of the curries are similar to Indian food but they also use coconut milk in most dishes. It was absolutely delicious and my favorite part was sambal sauce which was crushed chilis, tomatoes, onions, coconut and lime!

After lunch we made our way to our next swanky hotel. Seriously, I had no idea that this tour would be so posh! From the infinite pool that is surrounded by lush rolling hills and rice paddies to our fancy ass rooms; I do feel like I’m living in the lap of luxury!

Yesterday evening we set out to see the famous Dambulla Cave Temples. It is the largest and best preserved cave temple in the world. The rock towers over 160 meters above the rolling hills below and with an astonishing 80 documented caves in the area we were able to go into 5. Inside there are 153 Buddha statues, 3 Sri Lankan kings and 4 statues of Hindu goddesses. The entire cave walls and ceilings are intricately painted which cover over 21square km!!!! 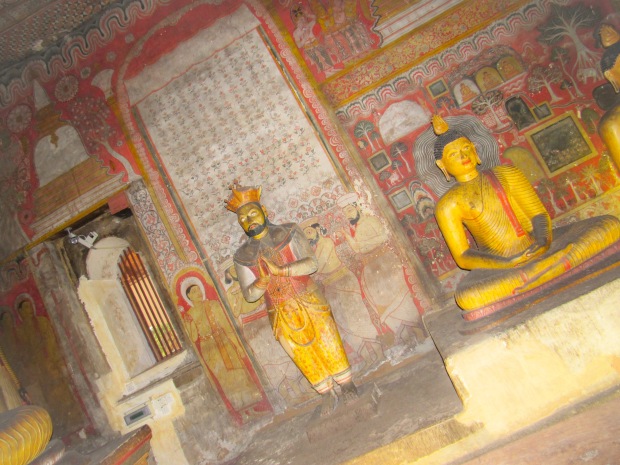 These statues and murals date back Before Christ, so to be able to witness these religions monuments was absolutely spectacular! These temples are still used for worship to this date so seeing beautiful monks adorned in bright orange hues truly breathtaking. 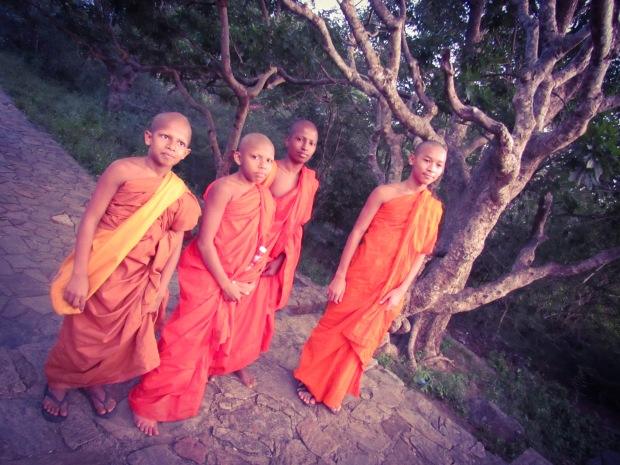 As we climbed up to the caves we were greeted by hundreds of monkeys. This one baby monkey was literally climbing up inside a Chinese lady’s skirt. Listening to her squeal was quite the hilarious scene! I could seriously watch monkeys go about their business for hours! On the way down instead of monkeys, we were surrounded by beautiful smiling school children. They are so bright eyed and happy that you can’t help but feel completely filled up after being around them! 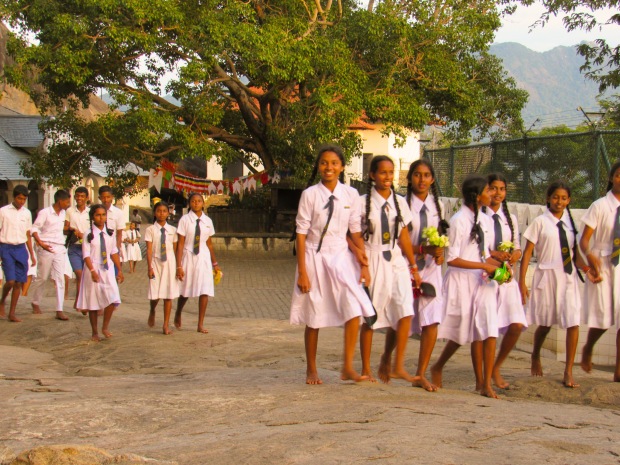 My day was absolutely amazing and I don’t think my descriptions do it all justice! You just have to come see this beautiful country in person!