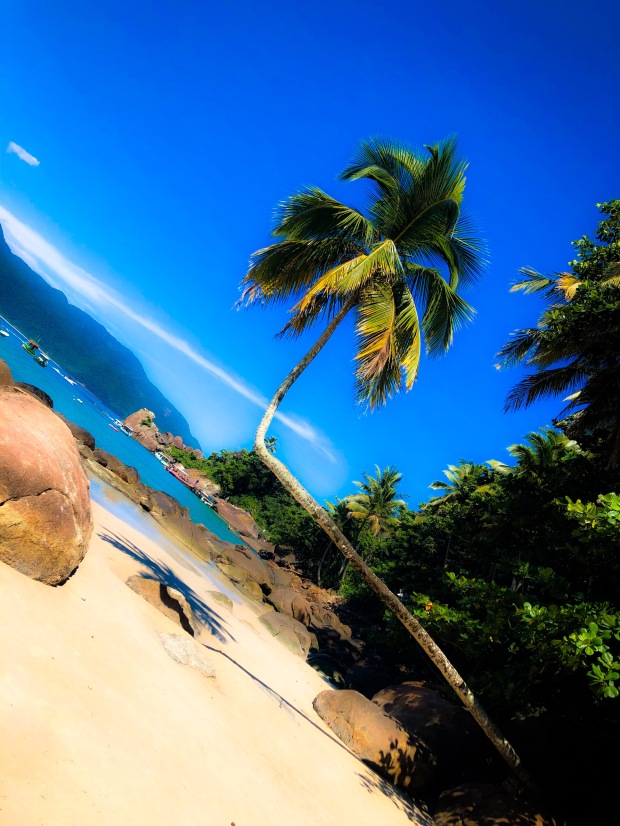 Yesterday we set off to the picture perfect island of Ilha Grande. It started off with a bus ride from Rio down the Atlantic coast to Angra dos Reis. From there we took an hour long ferry to this magnificent island.  Ilha Grande used to be a leper colony, which then became the location of a maximum security prison and now it is an oasis for travelers. The island is protected and there are no cars. The roads aren’t paved but there are cute shops, restaurants and guest houses that  favor to travelers.

Today Kris & I along with another couple from our tour took a speedboat around the entire island. It stopped off at different beaches and we were able to get out, snorkel, swim and relax in utter paradise. The water was so crystal clear, so it was easy to see the fish and again another sea turtle. Being near the ocean is my happy place. At one point while we were on the boat riding along the shore I got all teary. I just feel so lucky that I have the ability to see this amazing beauty. The world is pretty spectacular! 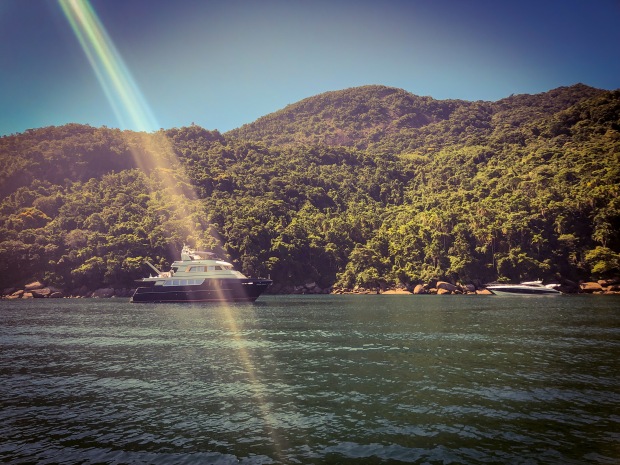 Unfortunately we are only in Ilha Grande for one full day and two nights. There really is so much more to do. Others from my group did some amazing hikes – one was a hike that started at 1:30am where you would summit the island’s highest point at sunrise. They said it was really difficult but so worth it. If I had another day I would also have gone scuba diving…maybe I’ll just have to come back!

3 thoughts on “The Paradise Island of Ilha Grande”